My final year project. A self initiated breif, we were able take a chosen topic identify a problem and develop a solution. With this we had to create a working prototype as well as document our progress throughout the project.

For my project I developed Loko, a mobile app centred around home decorating. Loko utilises AR to enhance interior design. While this is a very well populated space, I've worked hard to create a unique product that stands out from it's competitors. 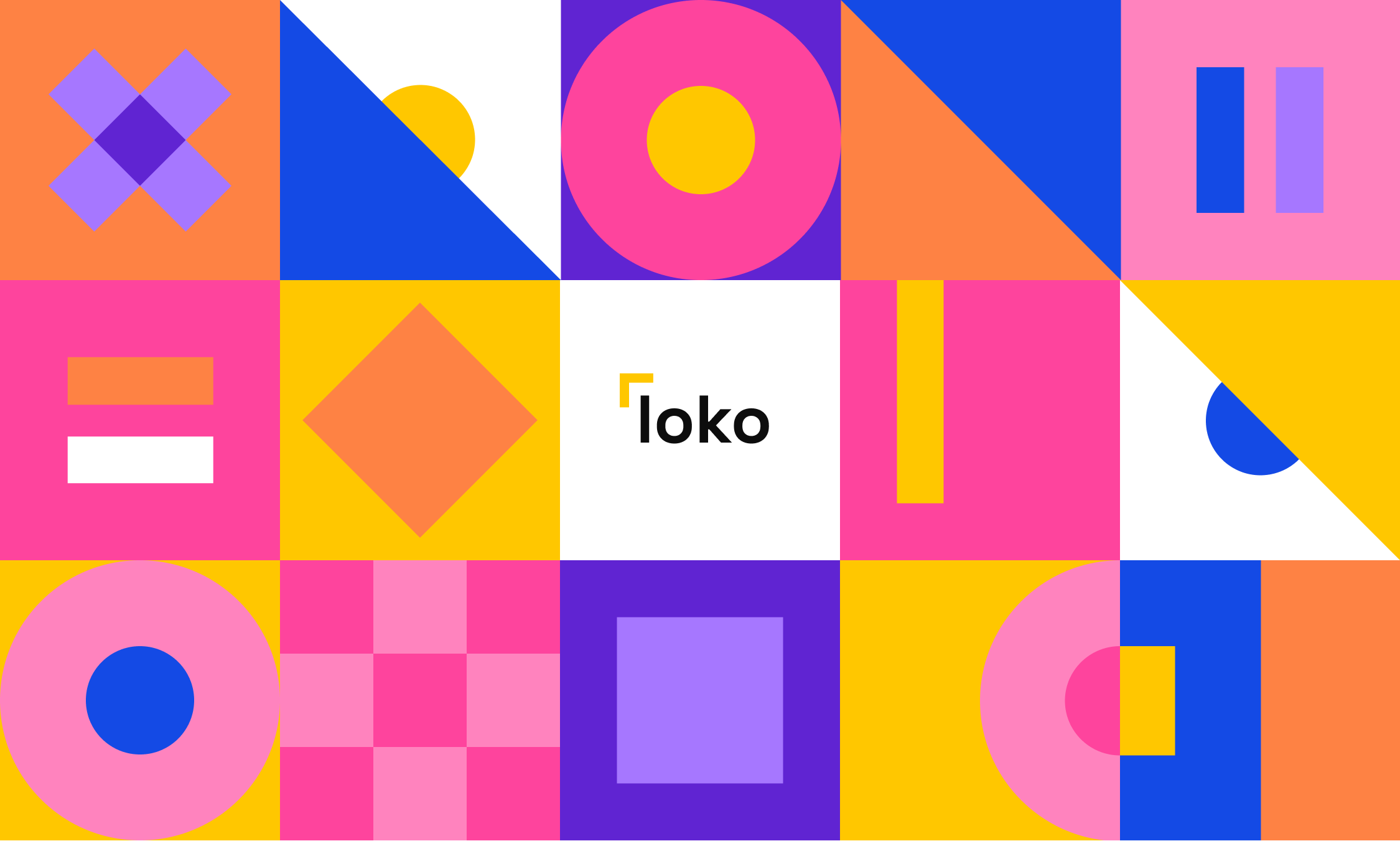 Current offerings feel incomplete and gimmicky rather than taking full advantage of the technology.

The original idea was really different from the final concept. It centred around creating COVID safe workspaces. This felt practical at the time, but ultimately uninspiring. I'm glad the idea developed far beyond this.

Thinking bigger, but maybe too big?

I spent a lot of time developing and expanding on my idea, and began encorporating lots of new features into my project. However, it got to a point where the project had gotten too ambitious and I needed to focus the idea.

I had a lot of potential users to think about...

To focus my ideation I outlined 3 key users, I wanted to target my product to home makers primarily and as such make sure it's accessible to the general public. I also wanted to include features to support users that would have a lot of projects on the go at once such as landlords and interior designers. 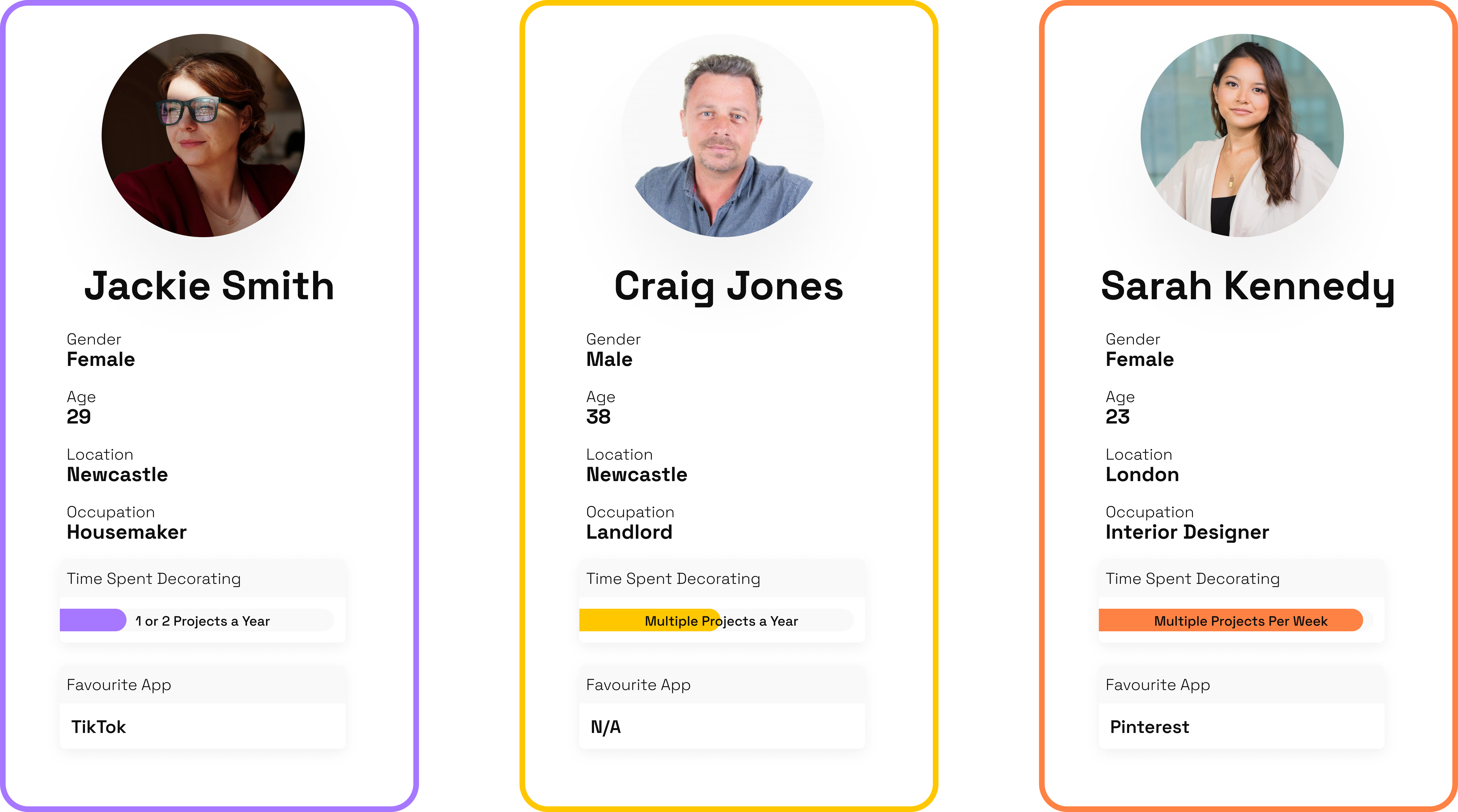 I wanted to outline the current process to home decoration and think about how I could 'digitise' this experience. I broke the process down into 3 key areas that I could focus on.

The importance of inspiration and social media in interior design.

The use of AR technology to accurately preview furniture.

Finally purchase said furniture once you're sure.

I wanted to outline the app features and how the content would be broken up within the app. The app follows a really linear process and matches the common process to interior design. The content is also impacted by the 'project selector' users create projects based on what they're working on in there home. i.e. If the user is working on their living room they won't be suggested content relating to a bathroom.

I spent a lot of time with this project developing a fun and interesting brand. I wanted to really push myself creatively and created a really broad colour palette, with graphics clearly inspired by the likes of Peter Blake.

Translating the branding into the UI.

I was really happy with the visual style I'd adopted for this project. I spent a lot of time wireframing screens to make sure I had the right balance of style and function. 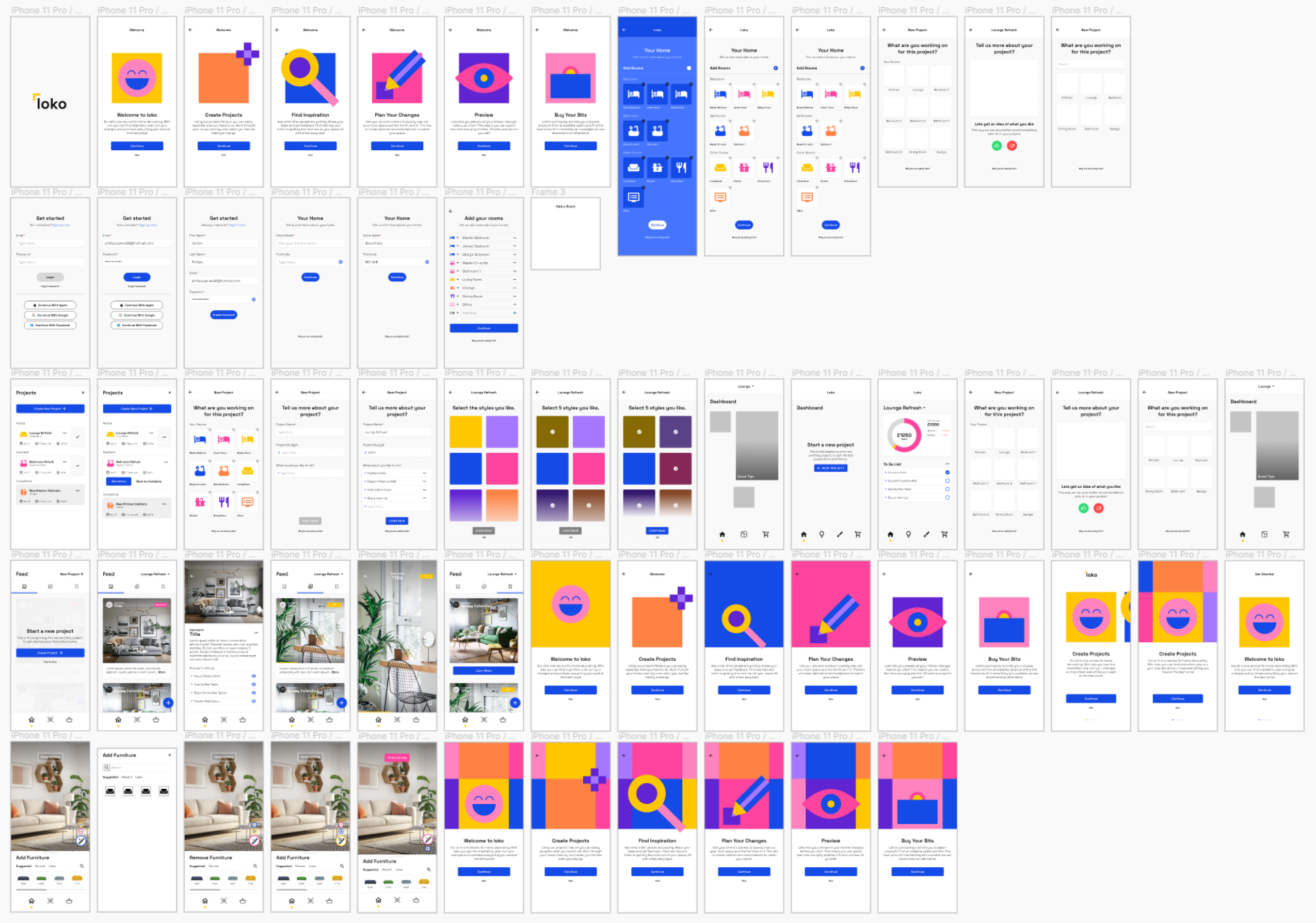 Below is the final screens for the project.

As well as the visuals, there was a lot of technical aspects.

I developed a few prototypes to test the more technical features within the app. I was able to use image detection tools to identify furniture in realtime. I also created an AR prototype using Unity and the ARKit plugins.