Bringing a forgetton feature up to speed with the rest of the product.

At first, this feature really wasn't being used with only 36 interactions in total in the last 6 months. So I needed to create something that encourages users to interact with it. I also needed to consider Cost vs Value. I had to think in a very MVP sense only including necessary features and not many 'nice to haves' or anything that would take up too much development time. 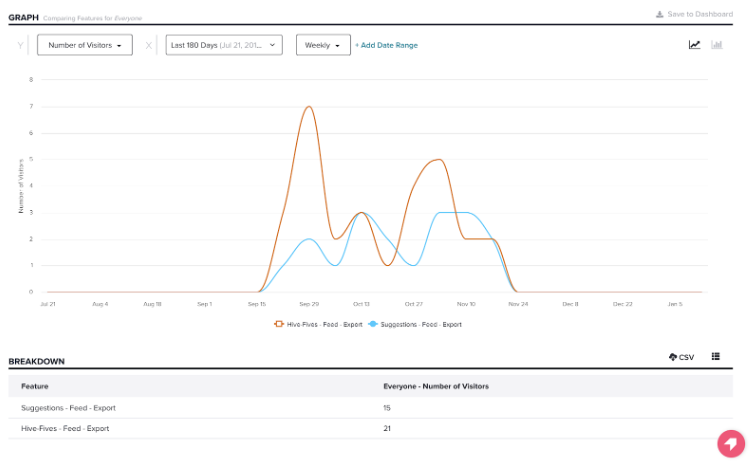 The project was extremely iterative, and also one I wanted to be very careful on. As such I spent a lot of time developing quick wireframes with minute changes until I was sure I had the right solution. This would then be tested and from their I'd be presented with new ideas I could build on to makie the solution perfect for it's user. 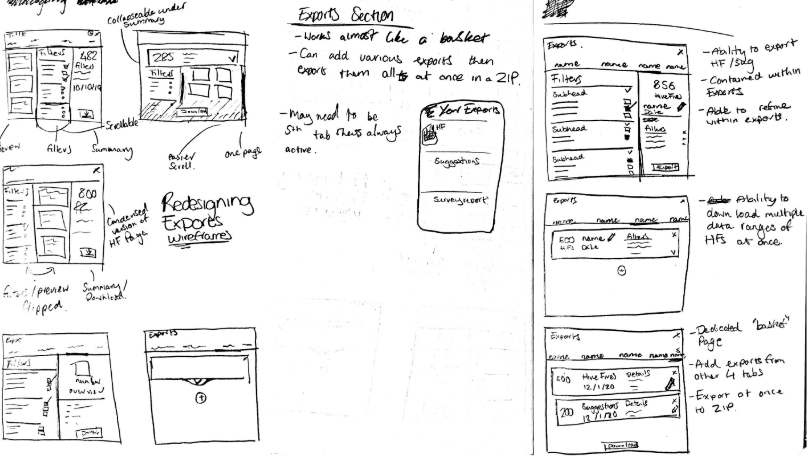 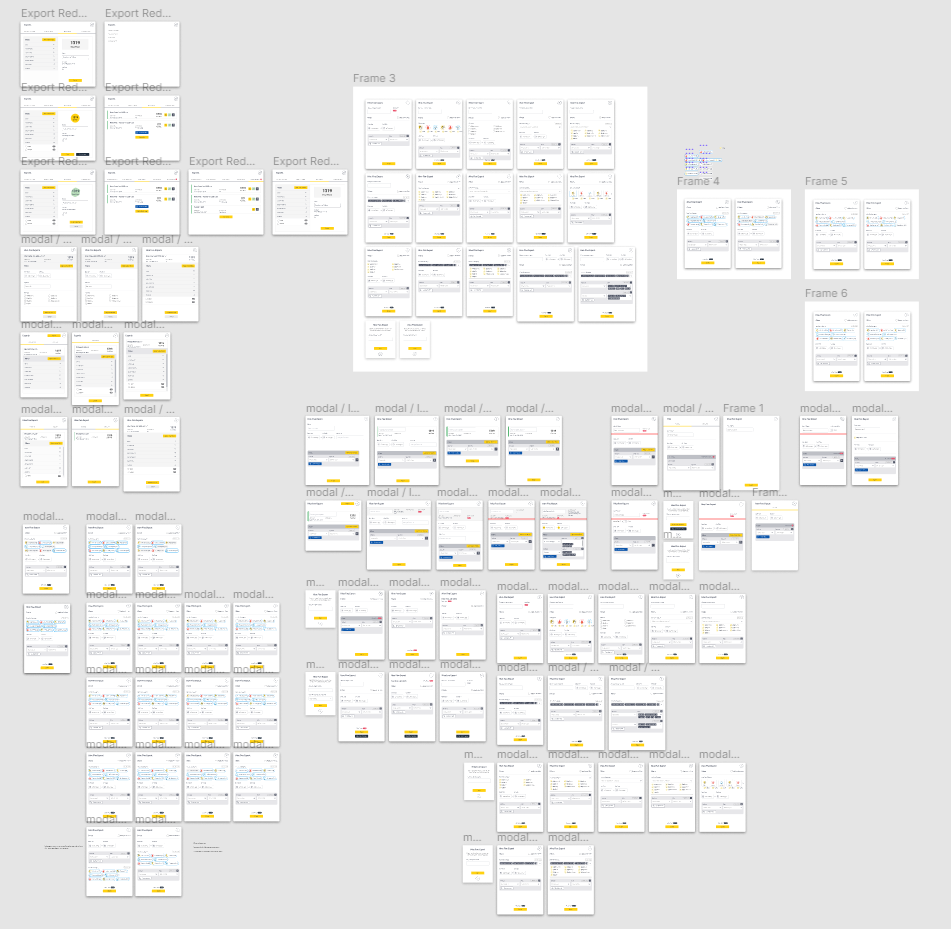 The initial prototype was in a good spot but still needed some tweaks. After speaking to J and E we came to the following conclusions:
- The grey banner I’d added at the top needed to change, as it doesn’t fit with the rest of the system
- For Hive Fives, it made more sense to leave the HF category outside of the filter builder section and have it seperate.
- Rethink the ‘overview’ info at the top being shown.

Cut out overview info at the top, moved total HFs to the bottom. Made ‘filters subheading to help distinguish areas. Moved ‘active filters’ to the top and changed from button the checkbox Removed heading from filter group. 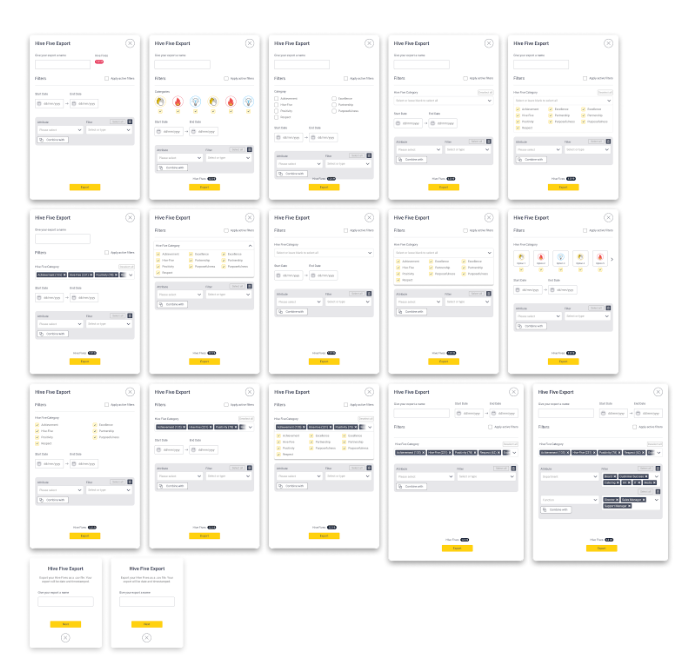 After going through all my refinement processes I had the final designs for the export modal. I was really happy with it and the testing I conducted further solidified my confidence.

I really enjoyed this project on the surface it seems boring but I believe the value of UX Design and Thinking is so clear, and I feel I learnt a lot during this project. 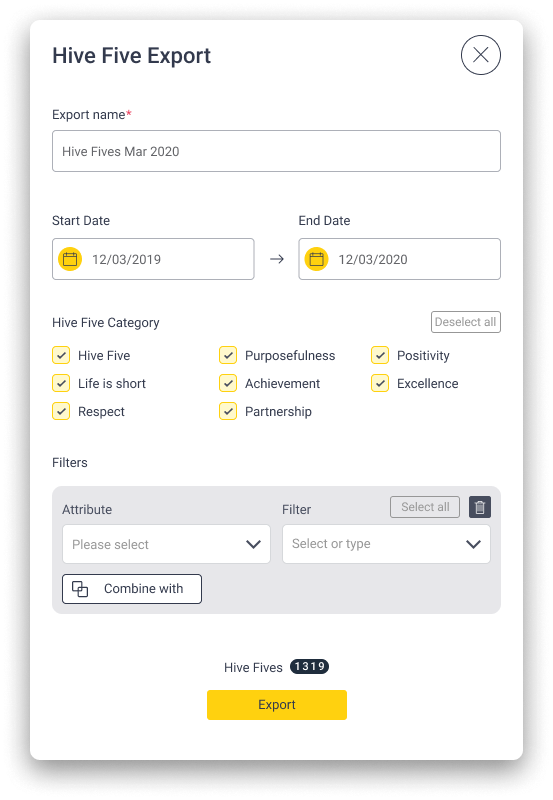 One error I made in the initial prototype was not using figmas components so it could be easily edited.
‍
So I made sure to build out all the individual components into their own area as a set of building blocks to use in the prototype.

Not only does this make editing in the future super easy but it also makes it faster to build prototypes. 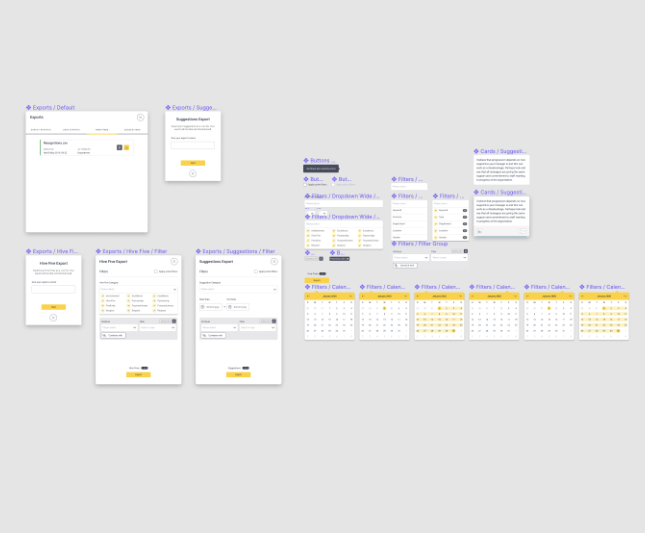 As a small 'nice to have' feature I developed a short load animation to be played once the user exported their data set.

I'm a massive fan of these micro-interactions and I really feel they add a lot in terms of percieved quality from the user.